Michael Schiavone founded the Schiavone Law Group in Savannah in 1982. Michael has been recognized both locally and nationally for his major felony cases, some of which have been televised live on national t.v. (Court T.V., now Tru T.V.), and featured on local and national news. Mr. Schiavone has also appeared as a legal analyst on Headline News and The Today Show, as well as a guest analyst for Court T.V., giving commentary on major criminal cases nationwide.

State v. Carl Isaacs,  1986
Michael Schiavone first began his notoriety in when he came on board the re-trial of Carl Isaacs, a co-defendant in what has been termed one of the most infamous murder cases in Georgia’s history.  In 1973, Carl Isaacs, Wayne Coleman, and George Dungee escaped from a Maryland State Prison.   The men, along with Carl’s 15 year old brother, Billy Isaacs, later broke into the Alday family home in Seminole County, Georgia, killing three people and raping and killing one.  After being convicted and sentenced to death, the Supreme Court of Georgia , in 1986, ordered a new trial in the case, finding that pretrial publicity hindered the mens’ right to a fair trial.  Michael Schiavone represented Carl Isaacs in the re-trial of this case, which eventually ended in another conviction and sentence to death.  This notorious case gained local and national attention, inspiring the 1988 movie, “Murder One,” starring Henry Thomas and James Wilder.  The famous case and Michael Schiavone’s efforts were featured in Thomas H. Cook’s novel, “Blood Echos.  The Infamous Alday Murders and Its Aftermath.”  On May 6, 2003, Carl Isaacs was put to death, 30 years after his conviction.  At the time, he was the longest sitting inmate on Georgia’s  Death Row.

State v. Sharron Nicole Redmond, 2005
Local newspapers called it “The Miss Savannah Murder.”  For Michael Schiavone, it was another case that gained him both local and national attention. Nikki Redmond was a double major graduate of Spelman College, high school teacher, and beauty queen. When she was accused of shooting and killing her boyfriend, Kevin Shorter, in 2003, her reign as “Miss Savannah” came to a shocking end.  Claiming self defense, Michael Schiavone vigorously defended Miss Redmond in a week long murder trial that played live for the nation to see on truTV.  After nine hours of deliberation, a 12 person jury found Miss Redmond Not Guilty of all charges. 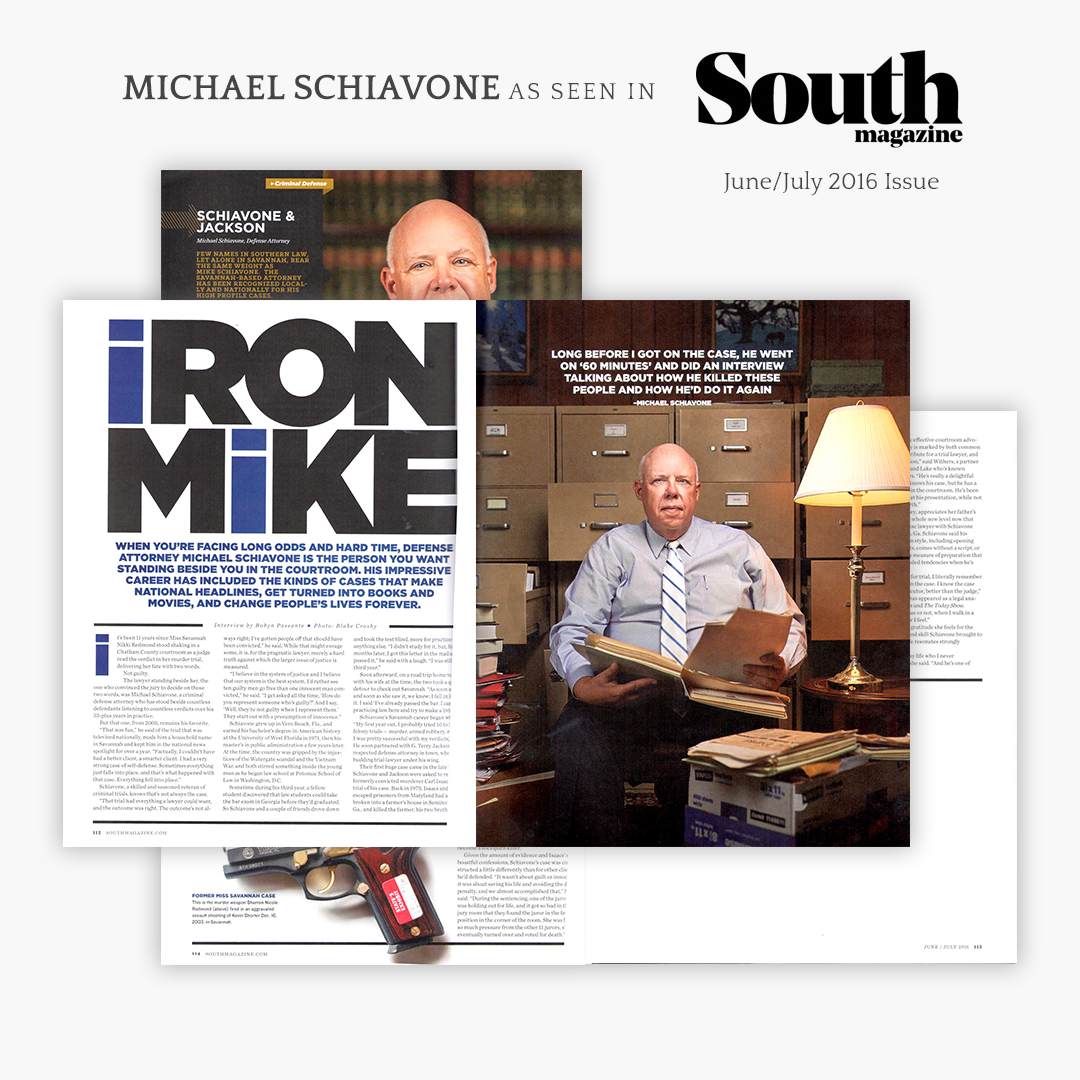