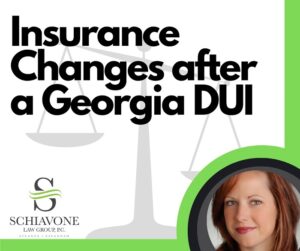 If you are convicted of a DUI in Georgia, the financial burden can be pretty steep. That one decision to drive drunk can have a lot of obvious costs – court costs, fines, and DUI classes. There are also personal costs, like driver’s license suspension and the time you will spend dealing with the consequences of a conviction. But, one of the big hidden costs of a DUI conviction is that car insurance after a DUI in Georgia gets really expensive.

If you try to reinstate your license after a DUI conviction and a license suspension, the state of Georgia requires that you obtain an SR-22 certificate that proves you have insurance. Part of the SR-22 is that the insurance company is required to report late payments and lapsed coverage. It also requires much higher premiums because the insurers consider SR-22 insurance to be high risk. So, many drivers are surprised to see how high premiums are after a DUI conviction.

How much will my insurance rate increase?

The national average auto insurance rate increase was 74%, according to Forbes magazine. The average increase in Georgia was also 74%. That percentage increase comes out to be around $1,400 more than their previous yearly premium. But in Metro Atlanta, where rates are already higher than average, you could see a bigger jump in premiums for insurance after a DUI. And, some carriers may drop your coverage, depending on your previous driving record. It takes time and shopping around to find the best option.

How long will these premium increases last?

Even if you keep a clean driving record after a DUI, it still takes about 3-5 years before you can expect to see your rates begin to go back to normal.

You will only see these insurance rate increases if you are convicted of a DUI. So, this is one of the many ways that investing in an experienced DUI lawyer can help you. 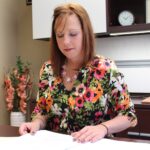 If you have been arrested for a DUI in Metro Atlanta, you are not alone. Contact the experienced Georgia DUI Defense attorney Ashley Schiavone.